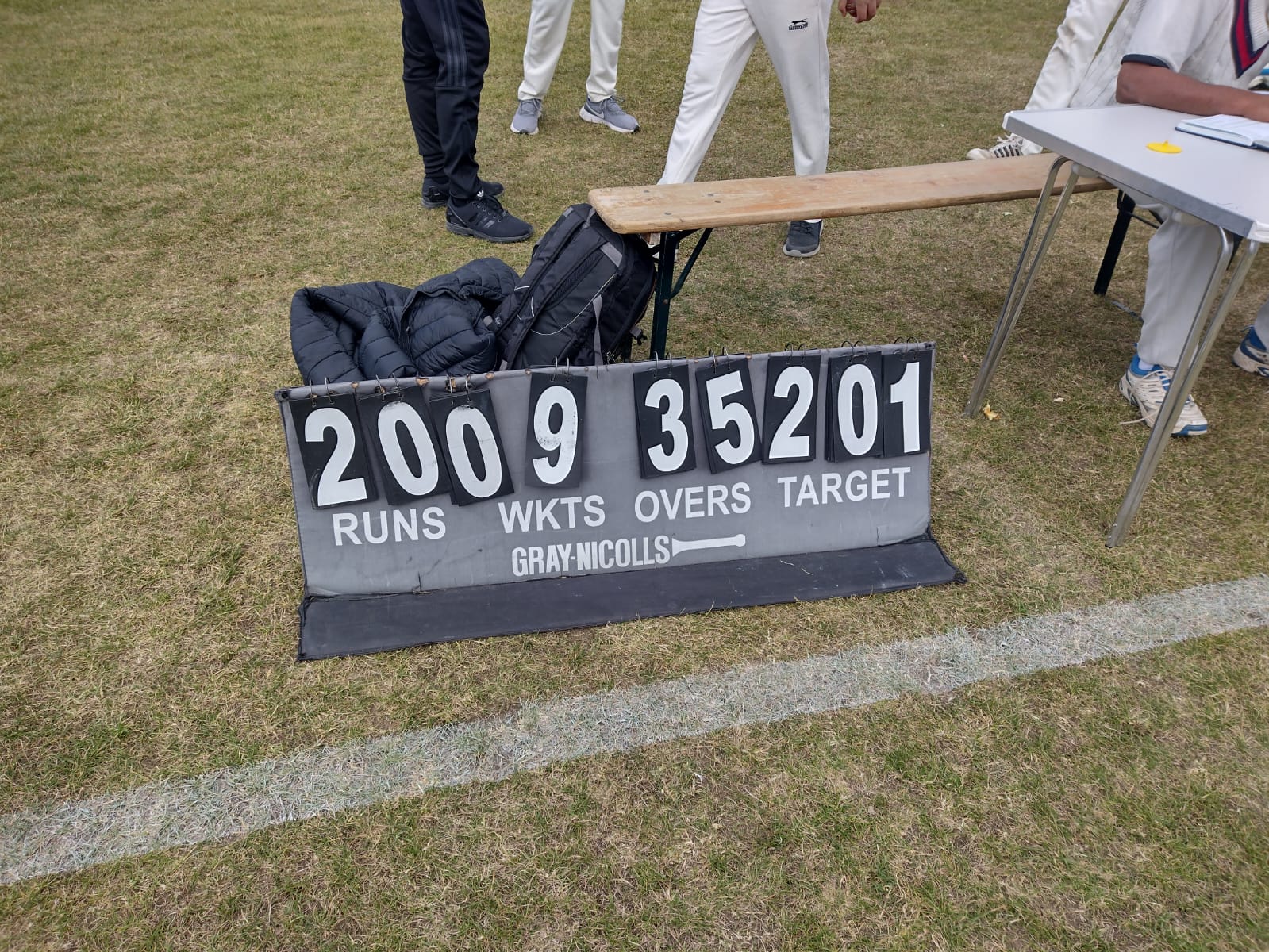 Tea and Salix were chasing a big one, could we do it? Yes we could!

Cricket with only nine players on each side is tough, in the spirit with which this game was played fielders were lent to make up to eleven, which even with guest umpire ex-President Fletch left most players having to spend a greater part of the game than normal on the pitch. Not surprisingly it also made for a tight game, opting to bat the Rotten Livers got off to a good, largely chanceless start, but consistent bowling meant they were never able to accelerate to more than what looked a par score. Sai grabbed the most wickets, two thanks to sharp stump work from Amar, a five-fer was only a tricky guest-fielder dropped catch away. Our response was just short of the run rate but equally with regular wickets falling to some decent bowling. However in the latter part of the innings Andy and Deepak were able to accelerate as the Rotten Livers looked one bowler short, and it was left to Andy to see us home in the final over with some lofted shots and kamikaze running that somehow didn’t lead to any more wickets. Played four, won three, which has to be a good start to 2022.