Writing the match report after an absolute shellacking is fairly straightforward: usually we’ve been bowled out for c. 50, I take the mickey out of the top order batsman, gloss quickly over my own hoiky heave and miss contribution to the state of affairs and then finish by thanking the oppo for handing out such a damned good thrashing (as every privately educated schoolboy has been taught).  It’s slightly more unusual, in my Salix experience, for the shellacking to be the other way round: we’ve not actually completely disgraced ourselves with the bat, but have come up woefully short in the field, mainly via some excellent batting, but also because our bowling just wasn’t quite right on a pitch that required a fair amount of discipline that unfortunately we collectively lacked.

I say we didn’t completely disgrace ourselves with the bat, but with a fast outfield and a relatively anodyne wicket we were probably 100 runs below par, a mixture of better full length bowling from Highgate and too many wickets given away by Salix.  Having elected to bat, Raj and Dave were watchful to begin and were just starting to accumulate when Dave popped one up for an easily taken catch.  Raj began to find the boundary with a little more regularity, but couldn’t find a partner who could stay with him: Deepak went LBW, Special Guest Ed played on to a peach of a ball and Adam’s good run with the bat came to a bad end.  Sai looked in good nick until he slapped the ball straight to man in at cover and I ran out Irwin with a spectacular piece of shoddy calling.  I did at least redeem myself somewhat with a few hoiky boundaries and with Azfar put a respectable sheen on the score, the latter hitting our shot of the innings, a beautifully timed straight drive down the ground.

As I said 134 was woefully below par, but we didn’t get anywhere close to defending it.  All of our bowlers put in plenty of good balls, but there were just too many short pitched deliveries on a pitch where the ball sat up and begged to be spanked (the intersection of commonality between cricket balls and public school boys).  That enabled their already very adept batsman to put boundaries away with some regularity and Highgate quickly overcame the target without loss, the only highlight for Salix really being an outstanding performance behind the stumps from Special Guest Ed.

As mediocre as our performance was, I wouldn’t take away from the excellence of Highgate’s: they bowled extremely well as a unit, keeping the length to the conditions and fielded ferociously, taking most of their catches and stopping a number of certain boundaries.  Their first change bowler picked up 5 wickets, the first time he’d performed such a feat since school.  They were also incredibly gracious after such an easy win.  Our thanks to them and hopefully we’ll make more of a game of it next time. 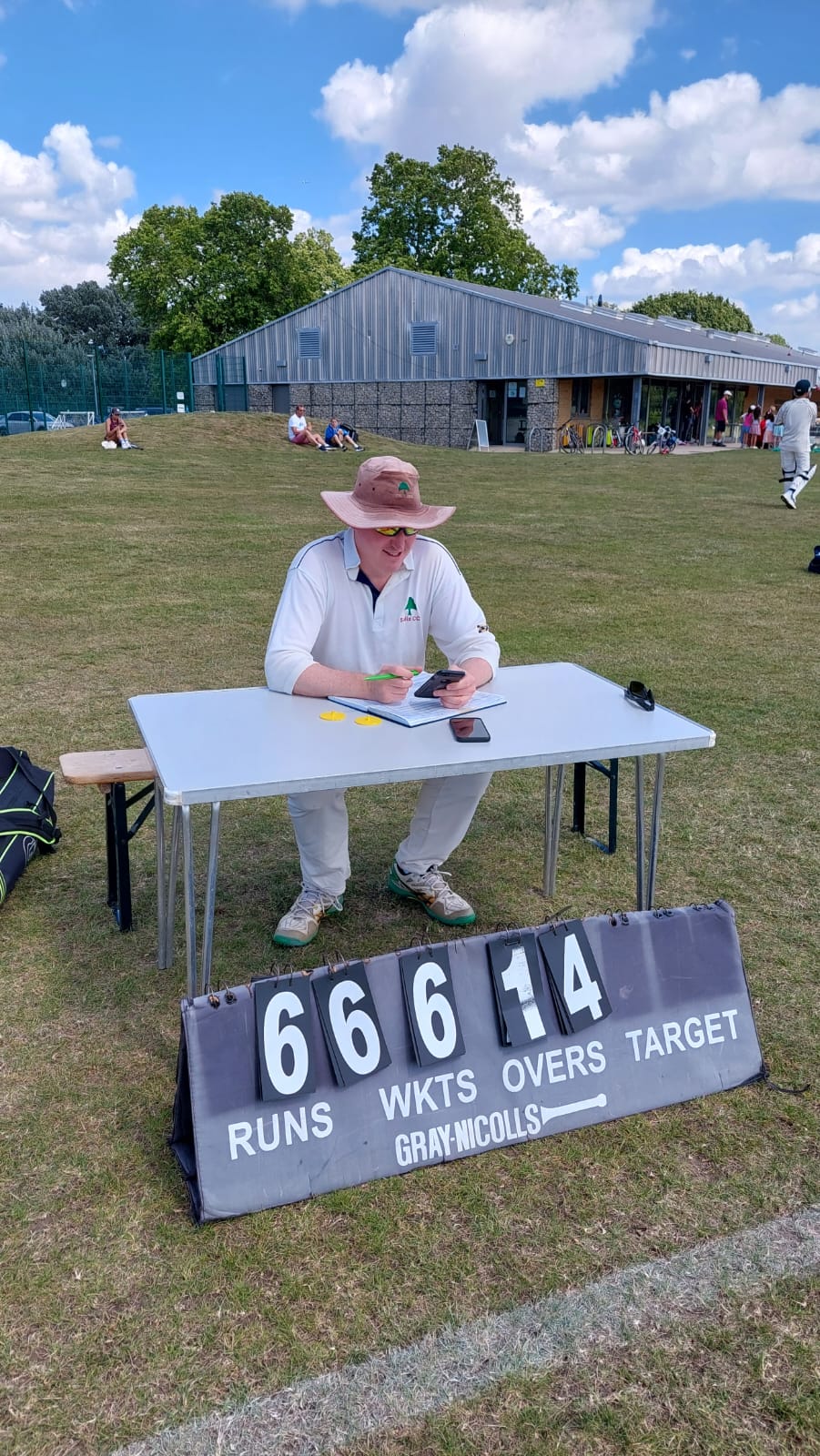 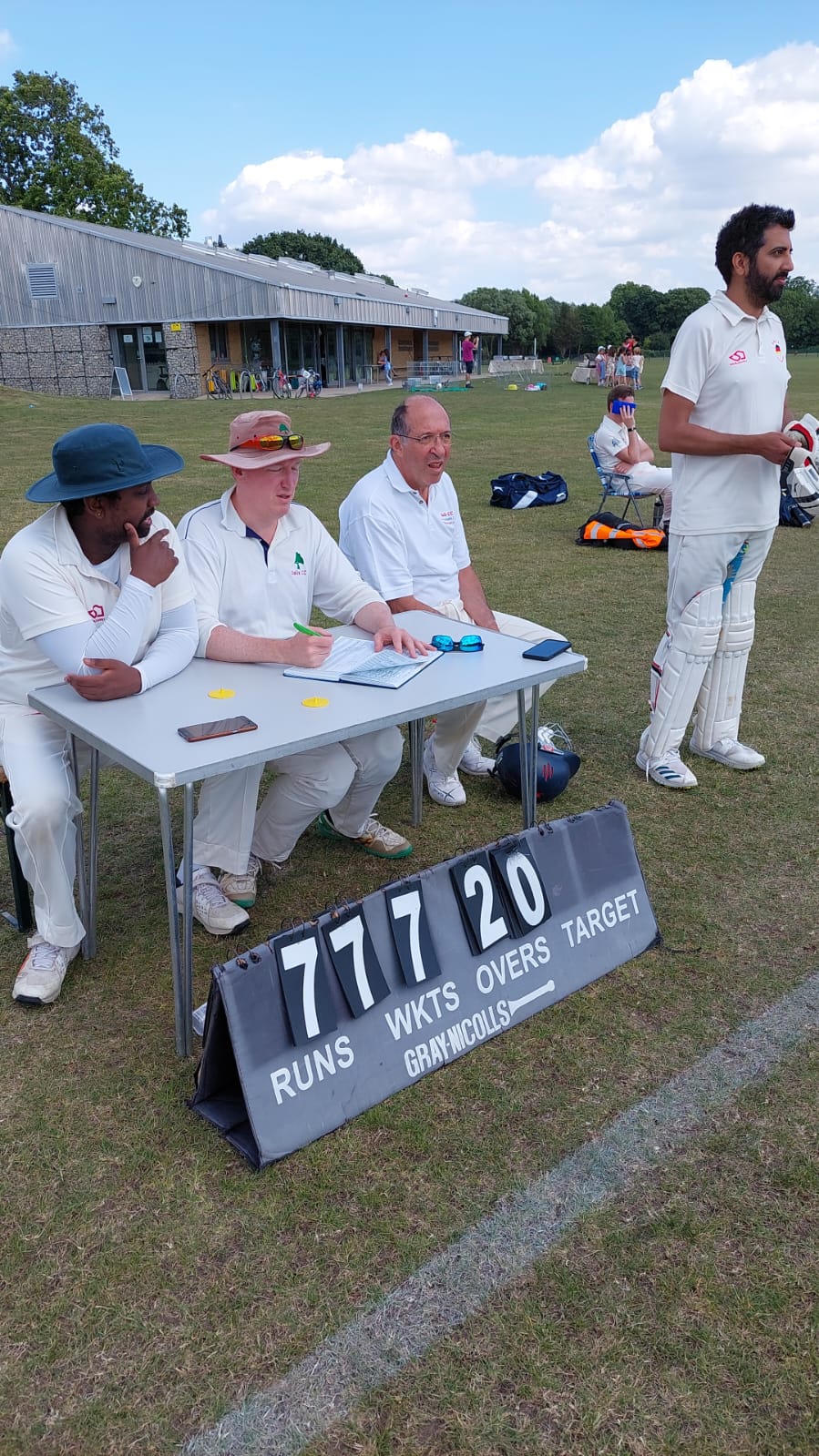 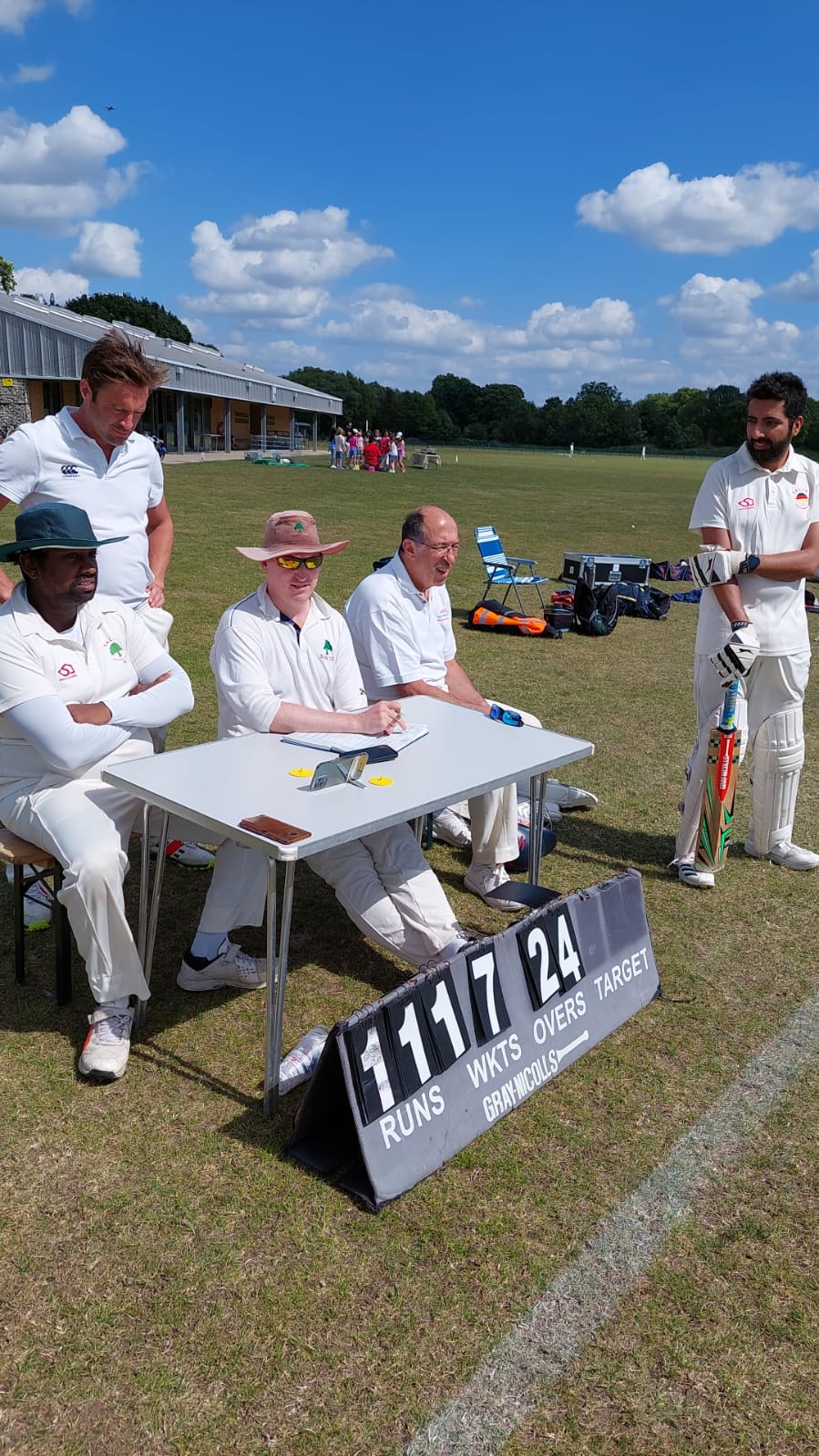