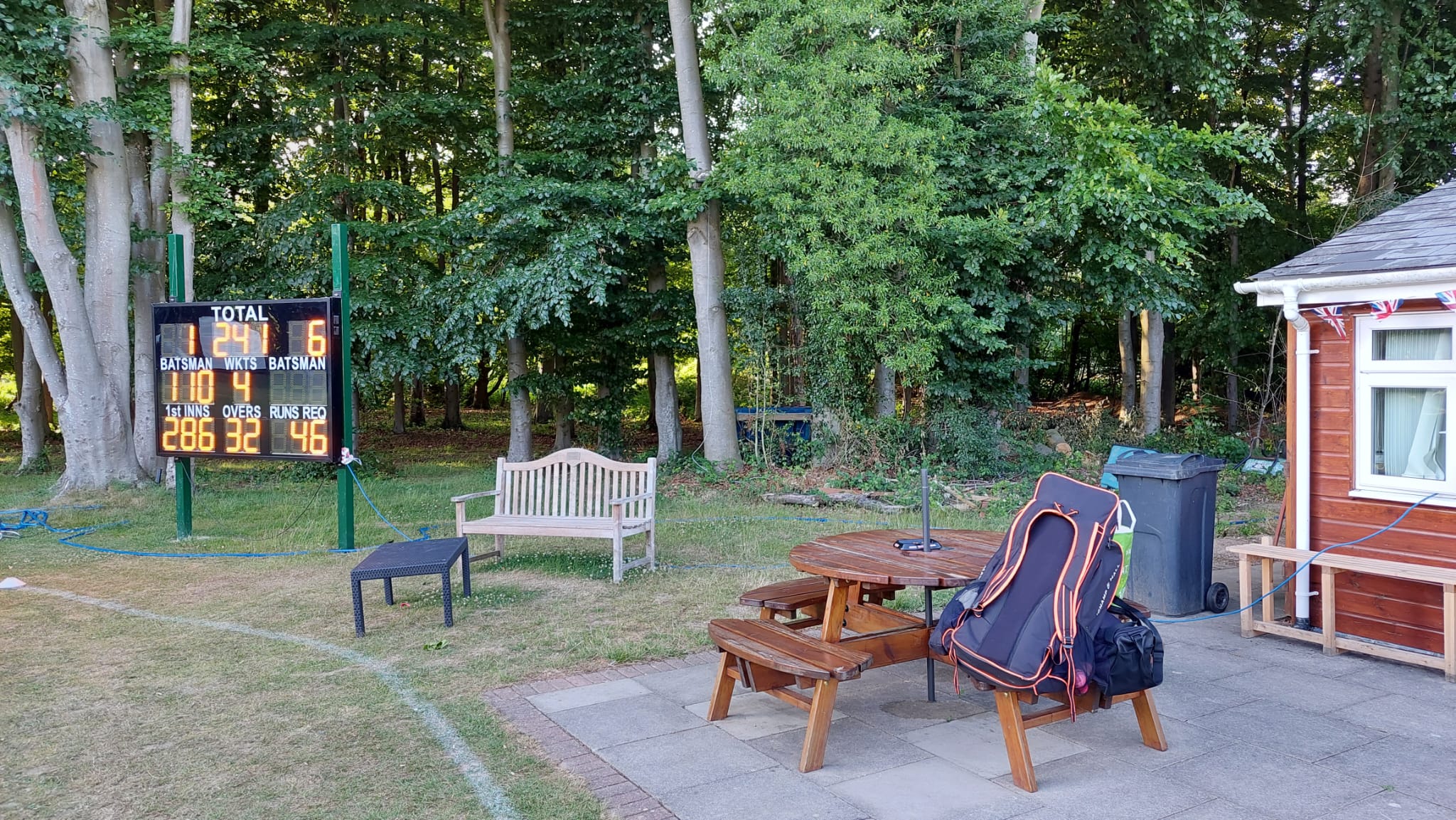 A Draw and a Whiff of Wistfulness

Three games (or more accurately two games and a drive up the A40 with Dillan) into my retirement season and I remain unbeaten in a Salix shirt. This after a run-soaked afternoon in some mellow June sunshine on a belter at Winchmore Hill CC out in Amersham. I hadn’t played here before but it’s a lovely ground with trees around half the perimeter and upholstered chairs in the changing rooms. I arrived to find that with many regulars unavailable, the team had been bolstered by Manjot and Harjot (Raj’s cousins) and young Theo.

The Skipper won the toss and elected to bat. It looked a good decision and so it proved. Having opted to umpire through I had a ringside seat for some great batting from Deepak, CK, Theo and Manjot topped off with a rapid 50 from Raj and an elegant ton from Harjot. It added up to a total of 286-4 with Harjot finishing unbeaten on 115.  It’s only fair to point out that amid the carnage one of the bowlers delivered the unluckiest spell I have witnessed. Coming on late in the innings he induced edges and skied shots that somehow eluded the fielders and contrived to finish wicketless, I’m still trying to work out how.

Tea was provided (including tea) and very nice it was too if largely gluten-full which left Tim a little short of choices.

Back onto the field refreshed, we hoped we could take a few more wickets than our opponents. Sadly it was not to be. Manjot bowled two excellent spells and went at 2 an over – an economy rate unrivalled in the match. Dillan picked up 2 wickets but paid a high price for encouraging shots to be played. The skipper picked up one and everyone else tried hard but the wicket proved the winner. The late introduction of Theo brought a wicket but far too late to impact the result. Winner – resoundingly – the pitch.

Thanks to Hetairoi for being such sporting opposition and providing such a lovely venue for the match. 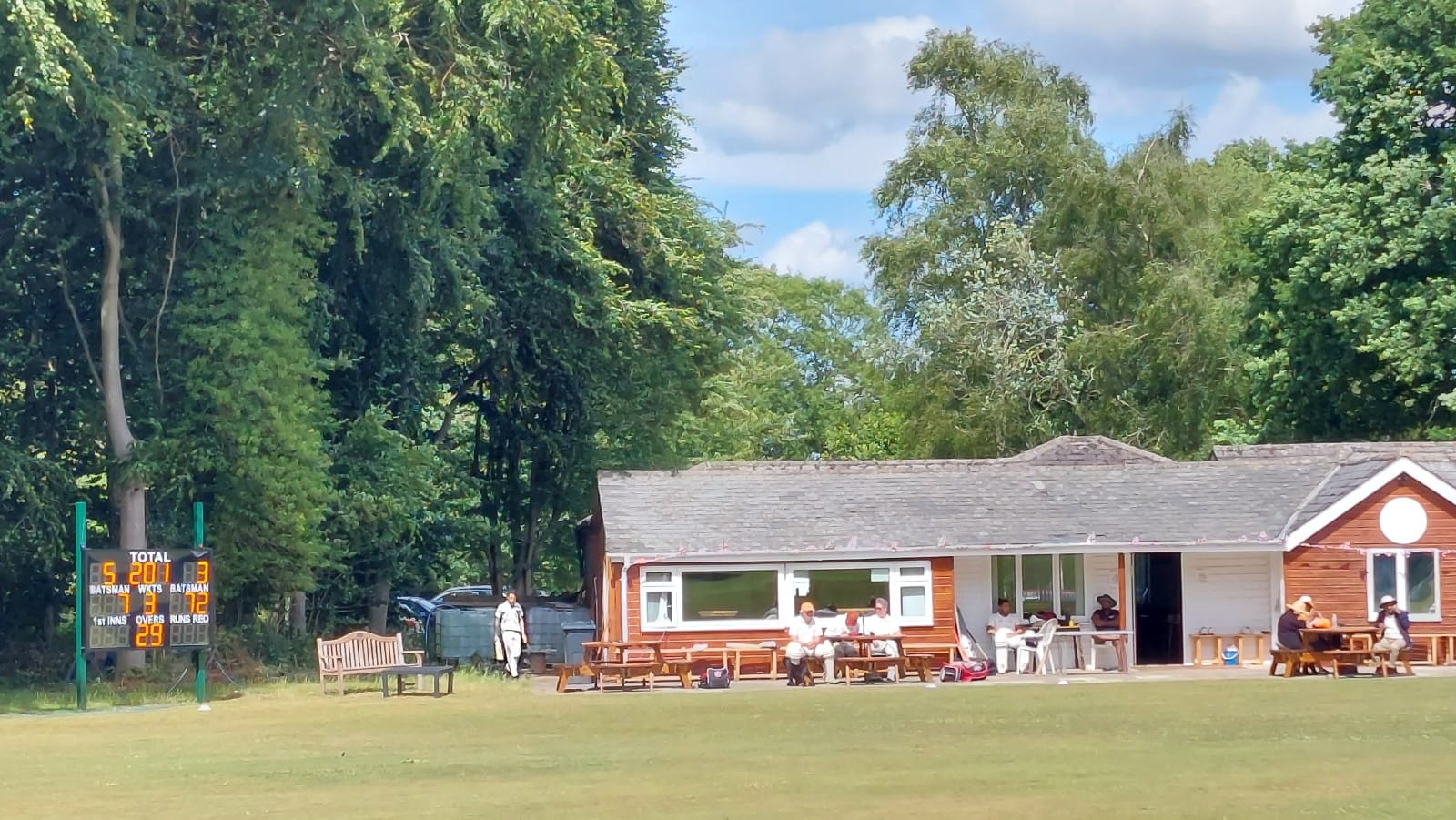