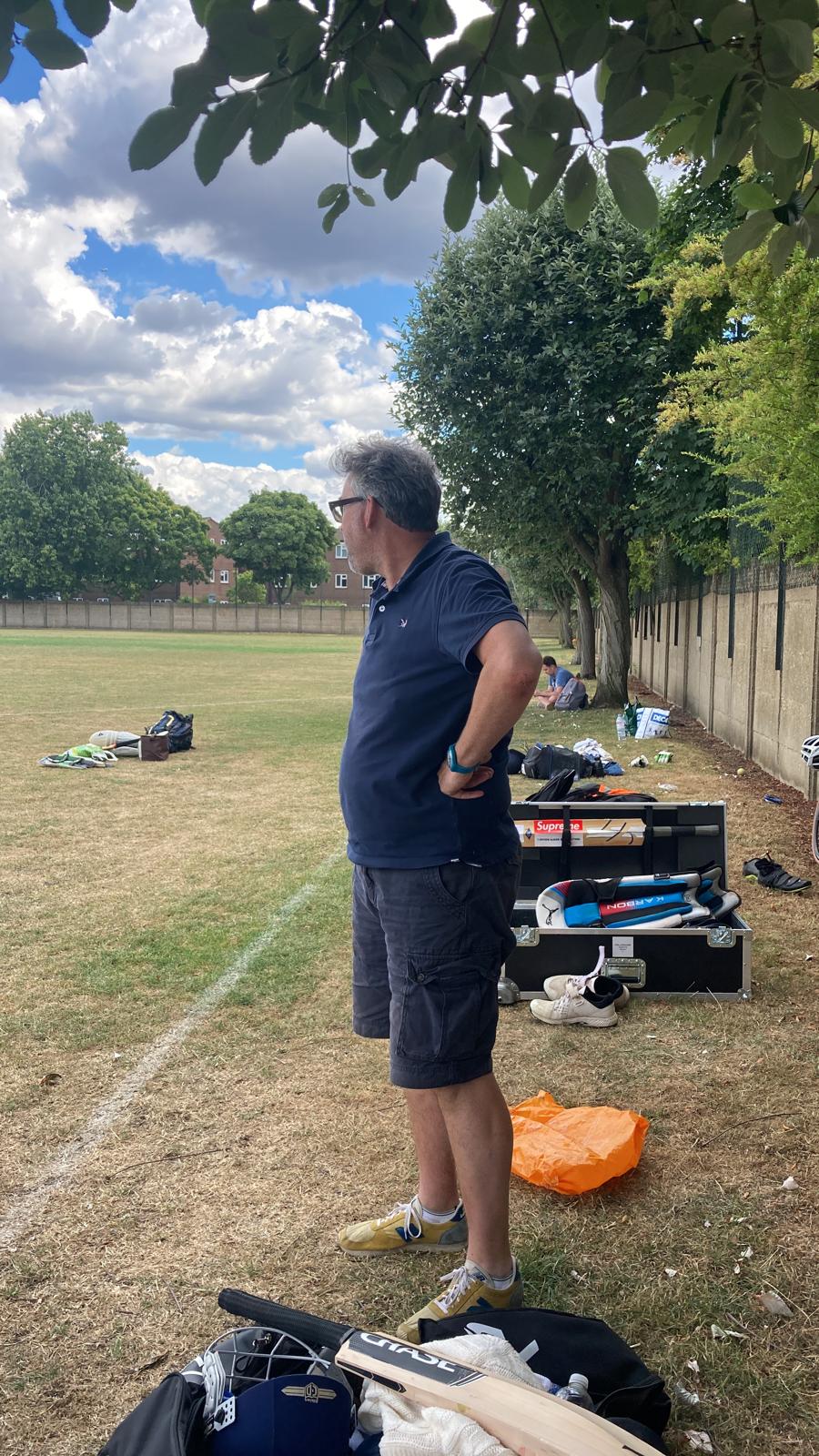 Salix lose a close one

In a season beset by Salix struggling to get 11 men out, our game against the Lambeth Lambs had poor augers; top batsman Raj (Yovaan who?) was struck down by COVID, despite injecting himself with bleach. On the morning of the game would-be debutant Jacob was likewise taken with illness, leaving us only 9 to take on the Lambs (although the chairman turned up – sans-blancs -whilst we were batting to make us 10 in the field).

However it was not all bad news. Newbie Sascha accompanied Monty to the ground, making his first appearance for Salix. More of him later.

The day was fine and bright, with scattered cloud high overhead. The lambs were likewise a bit short, so we settled on a 10-aside match for 30 overs. Skipper Elvis won the toss, and the boys went into bat.

What happened next wasn’t pretty. In fairness, the Lambs opening bowlers did move it a fair bit… but even so. By the time we’d achieved twelve runs we’d also lost 3 wickets (CK1, Daveski & Delilah) and the game already felt gone. With only a couple of overs gone Adam wandered to the middle to meet up with young Sascha. What happened next was as unexpected as it was valuable. They played themselves in. Let me say that again. Our batters Played. Themselves. In.

And didn’t it do wonders.

What followed was a partnership of 120 runs, which took us from the edge of oblivion to a tidy little sum. Adam impressed with powerful Strokeplay, whilst at the other end Sacha showed what talent and coaching combined looked like. Pure elegance.

When Sascha was eventually out, caught on the boundary for 69, Monty & Azfar were able to join Adam and add a few more, leaving us 197 after 30 overs. A respectable total which felt somewhere around par; and far better than we’d dare hope early on.

After some sandwiches (or cold pizza if you’re Adam) out came the Lambs. Azfar & Winston opened the bowling, and soon the latter was in the wickets. Sacha & CK were the change. All bowled well. Really well. Wickets fell (the Chairman taking a nifty catch). Behind the stumps, stand-in keepers Elvis & Adam did a credible job with the gloves. The fielding was (mostly) respectable and at the break, we had the Lambs 5 down.

There was though one fly in the ointment. Whilst they lost wickets, the Lambs always stayed in or around the required rate. After some drinks the third change bowlers of Saiborg & the skip didn’t quite exert the same control we’d enjoyed earlier and our lead was inexorably worn away. Sensing the shift in momentum, the Elvis re-introduced Asfar & Delilah, but even so things were on a knife edge. The Lambs needed 48 from, the last five overs, 20 from the last 2 and 10 from the final one. CK bravely stepped forward to bowl, cutting a lone figure with all the boys on the boundary, but when his second ball was dispatched over the ropes, we knew the game was up. In the end the lambs won with a ball to spare.

In all that went on it was easy to forget that CK had picked up a wicket, becoming in the process Salix’s bowling GOAT. He received a warm round of applause, which he barely registered, so focused was he on the game in hand. Well done sir, we doff our caps.

Even though we couldn’t pull off a victory, it was a magnificent game. Cricket was the real winner (losers always say that). A fun day out, a magnificent achievement for CK and a fine debut from Sascha. We look forward to many more like it.