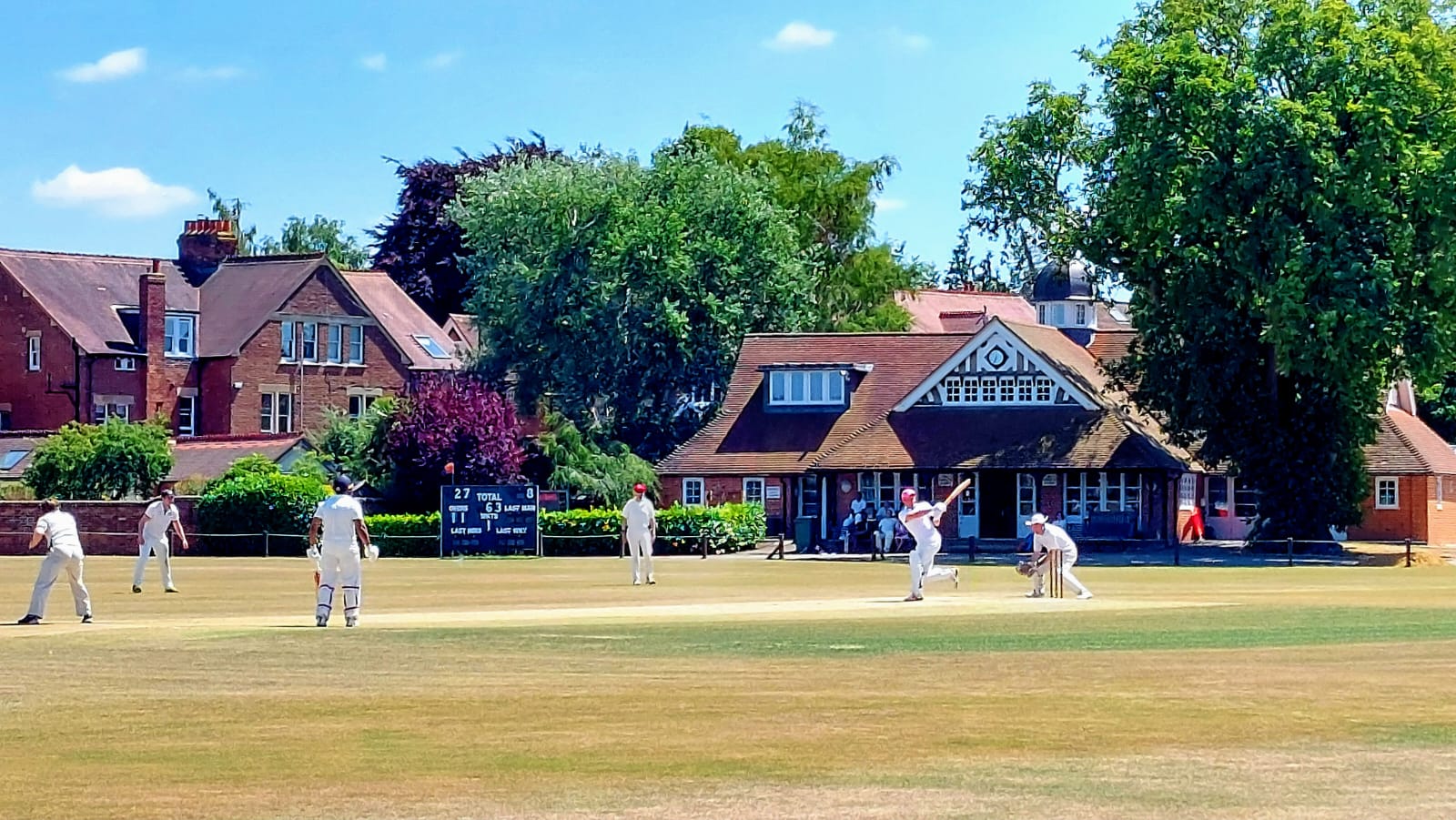 To the luxury venue that is St John’s College Sports Ground in Oxford, for a traditional fixture against the Demijohns but with a twist, in that this time our shared stars, Rog and Arsey, would be turning out for Salix. This fixture is also noted for the quality of the tea (see photos below), and sometimes attracting a WAG or two. The pressure was on skipper Raj, then, for a first game in front of Emma.

The scorecard does not lie, he passed the test, the only batter to pass 20. But it may not tell the full story of at least three drops, most spectacularly the shot that was to bring up his 50. The other tale hinted at is of the bowling, two quick accurate openers, then progressively slower bowling on a slow pitch leading to catches and stumpings, before the openers returned to clean up the tail. A score that looked 25 or so light, as it turned out to be.

We didn’t let our impending bowling and fielding stand between third and fourth helpings of tea, and Rog broke through early on while at the other end Dills turned the ball prodigiously. Arsey then took two wickets in an over, one featuring a splendid slip catch from the Director, and when in the next over Raj took an excellent catch off the bowling of Sai, we appeared to be on top. That though was the end of the wickets until close to the end, as the DJs started in particular running aggressively between wickets. So much so there were two injuries, but the game was probably won even before our two catchers then both also dropped chances.

On the day, the DJs were the better team, but as ever a great day out. 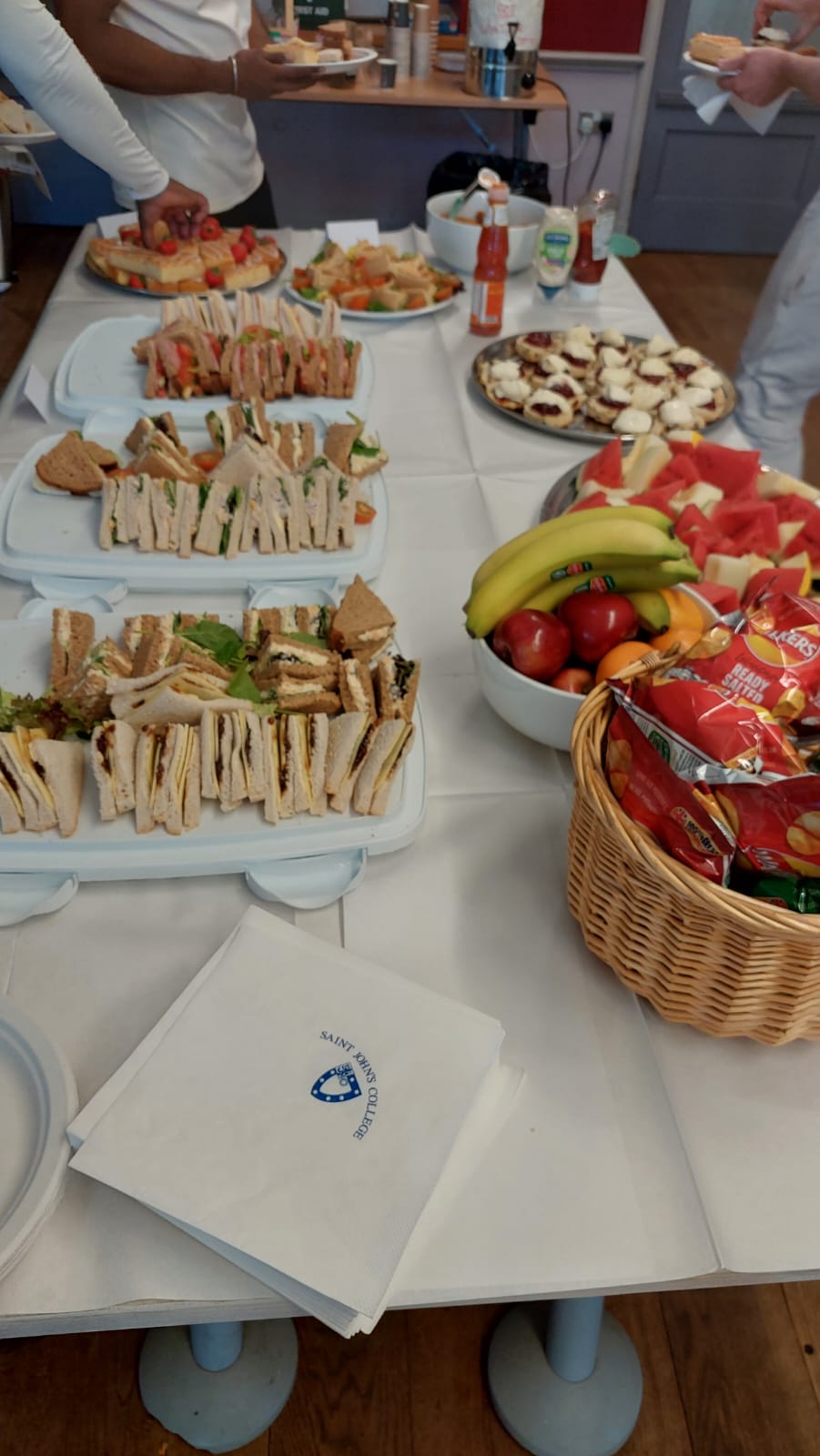 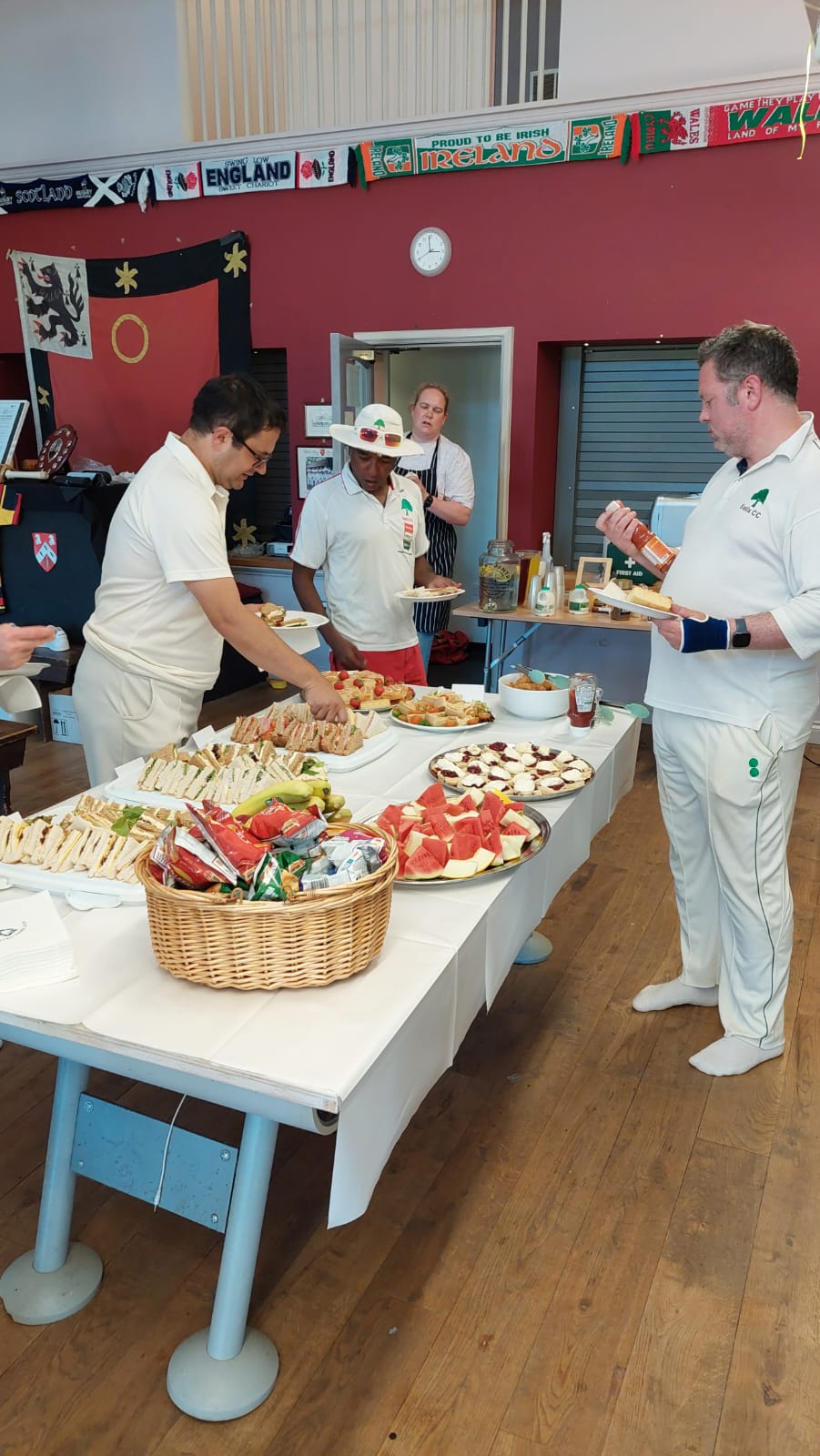 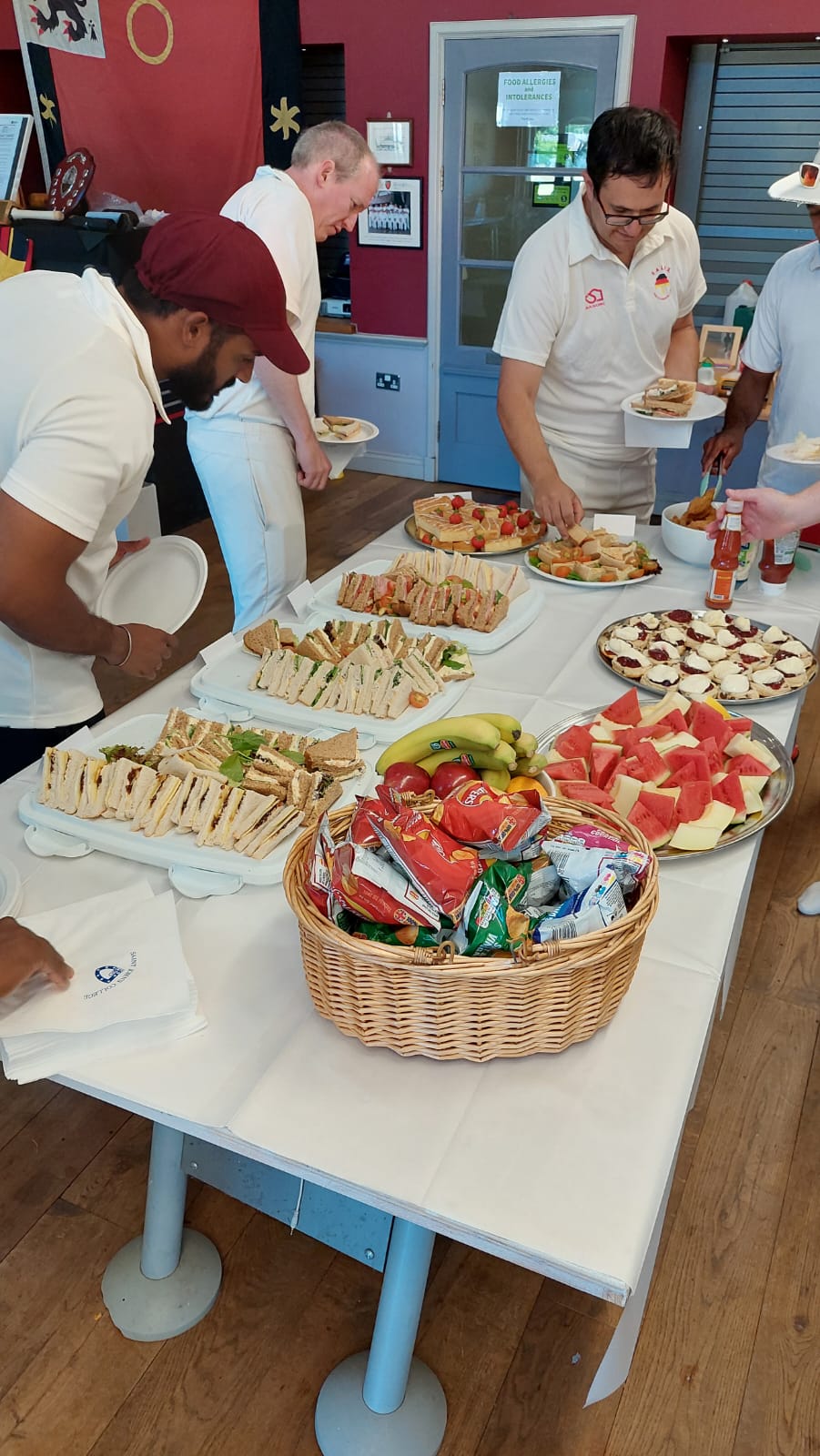