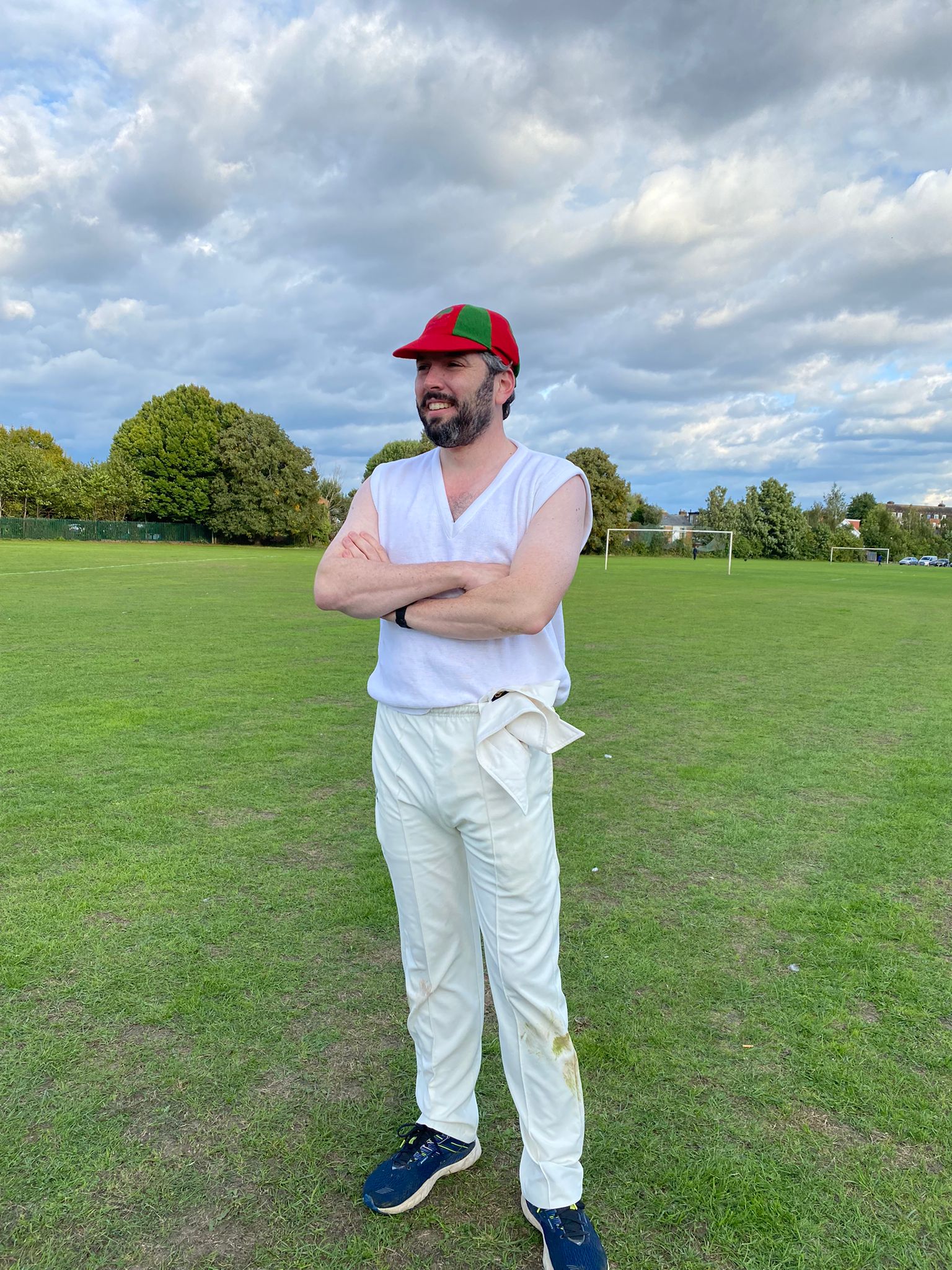 The final match of the year saw the boys journeying south to Merton for a match against long-term oppos and all-round good guys the Gents of West London.

The balmy days of a globally-warmed summer were far behind us as Salix arrived; a grey sky and high wind soon had us all in our woollies. Out came a collection of jumpers which told a tale of teams and glories long gone, or in Arsey’s case, told one just how big a moth problem you have (seriously, it was more hole than jumper).

The Gents went into the field first, which was just as well, as a number of the boys were running late. The pitch was no joy to bat on. Slow, variable bounce, sticky. It required a straight bat and application. Something which is in short supply at Salix CC.

Only 2 of the first 5 batters actually managed to make it into double figures. Yov made a few quick ones, then was informed he wasn’t being paid to appear, so threw a fit and chipped it to a fielder. TFC was so overcome by emotion at having his beloved* watch from the boundary that he only made 4. CAC-on-loan JW did a little better, but with CK, Adam and others all falling in single figures, things looked bleak. With 7 wickets gone we had only 78 runs to our name, and it looked like an early pint beckoned.

However the tail, unexpectedly, wagged. Anchored by Syed, the boys managed to push the total up past 100 and keep going. Saiborg batted very nicely, with a shot-of-the-day straight down the ground. When he was finally bowled and came back to the boys, he was much congratulated:

The boys “No Sai; in the history of cricket”.

As the game progressed however we realised something wasn’t quite right. It wasn’t until Delilah took off his shoes however, that we were able to figure it out. We were 12 men! Quite how we managed that, given the difficulty in getting 11 to the ground, I don’t know. I (hungover) bravely offered to share the fielding with Elvis, so not much harm was done.

And so it was Elvis went out at 11. In the final over Syed, now 30 not-out, turned down a leg-by of the first ball to keep the strike. Yeah, Elvis wasn’t having any of that and crowbarred Syed from the crease and forced him down the other end. The comedy nature of events meant we could do nothing but laugh therefore when, the very next ball, Elvis had his timbered re-arranged to bring things to an end.

After the break, with 140 to defend, we were back out (all bar Krutik who’d gone in search of a Sainsbury’s and didn’t return until the 3rd over). The pitch, which had proved so difficult to bat on, remained so. Our bowlers were good. Really good. Very little was offered and the boys fielded well.  Syed put in a tidy spell, taking 2 wickets at an average of 13.5. Elvis likewise, presumably in penance, also bought us a brace. CK was also on song; the fact that he didn’t get any reward from his 5 overs proves that there really isn’t any justice in the world. The standout though, whilst I’m pained to admit it, was Arsey. Three wickets at an average of 3.0. What else can you say?

In the end, whilst we took wickets, it wasn’t quite enough. The Gents made it home with 2 batsmen still in hand, having dealt with the pressure very well in the final overs. But you know what? It turned from looking like a humiliating defeat into a real nail biter, so you can’t complain. We were able to gain some solace afterwards in the “Kiss me Hardy”, an unusual combination of boozer and kids soft-play area (I’m not kidding, look it up on Google), followed by a somewhat spicy Sri Lankan (I mean the meal was well seasoned, not that CK was on a date).

Another good year, now we’ve got 6 months to learn the Hungarian for “I’m sorry, my friend did not mean to lick your hair”. 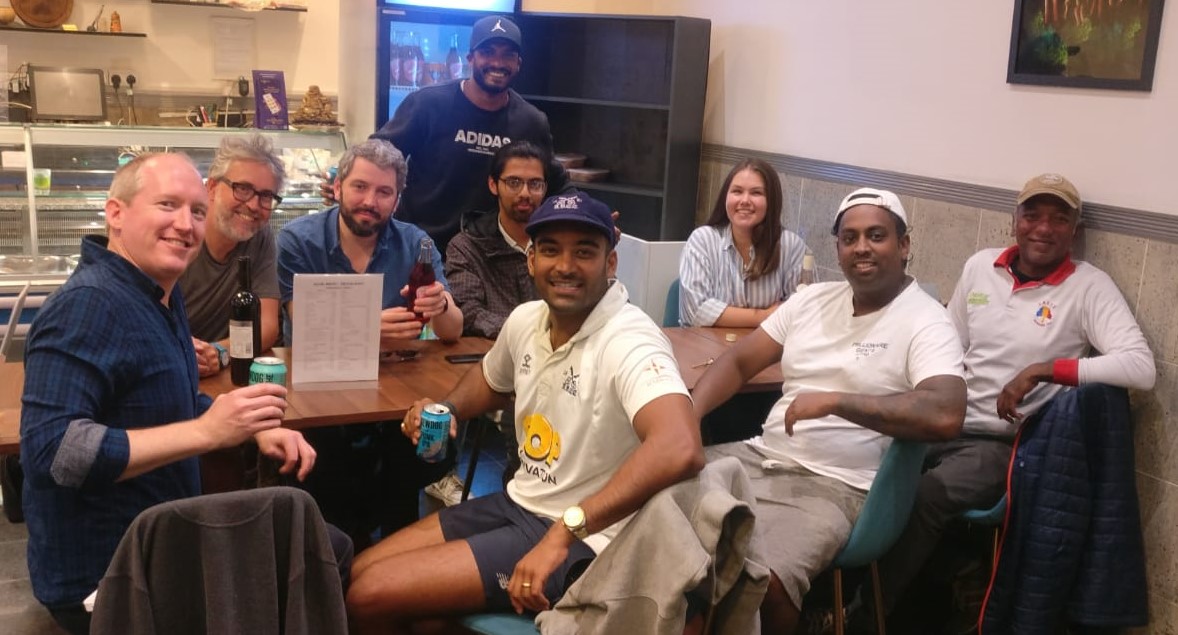