The set-up: (Paraphrased from the Red Barons totally libellous summary) 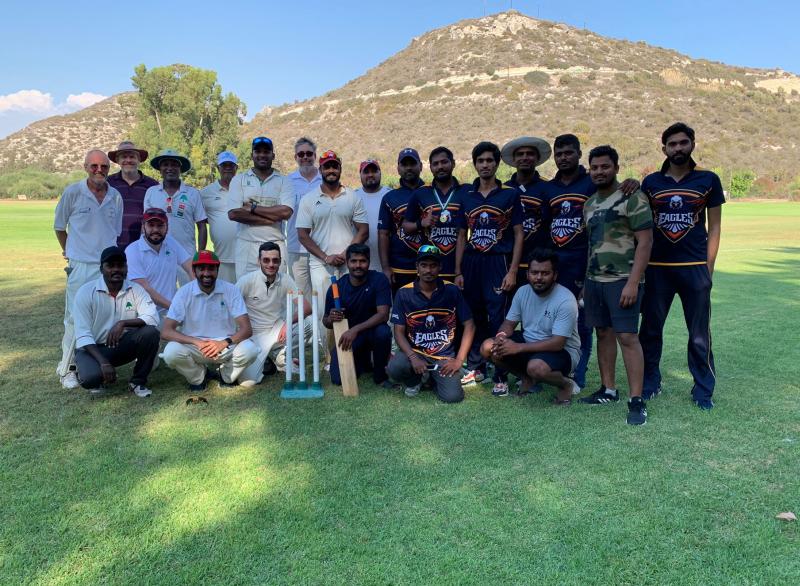 September 2021, and after 18 months of COVID delays the boys were finally on the road again! Our new objective the Mediterranean jewel of Cyprus

In pursuit of an ever-bigger celebration the new management had gone for our grandest tour yet. 5 days and an imposing 3 games, all played on the beautiful military ground at Episkopi. Meanwhile the lads would be kipping down in a pretty villa about 45 minutes drive away in Coral Bay, not far up the road from Paphos. Our accommodation came complete with swimming pool, BBQ and Terrace. All in all it was very nice, and the boys were pleased (especially those who had arrived first and nabbed the single bedrooms).

Regrettably the shifting sands of COVID requirements, family, work and such-like had limited our tour party, but help was at hand as both CAC and Tuffer’s family stepped into the breach to make us 11. The cast-list was Elvis, Smutty, The Red Baron, Olive, Chunderpaul (aka TFC),Tuffers, Sham, Vijay, Richard & CK1. Sadly absent was the Salix player who arrived with a depleted passport and was sent straight home again….

Honourable mention as well to Cyprus-Richard, who gamely played for us twice, as well as being the admin on their side. Pleasure to have met him.

A lot of fun. Even if three games is a bit punishing, I don’t think anyone would change a thing.

After the non-stop excitement from the Valley of the Kings (thanks again Ollie), we headed off to Happy Valley, Paramali to play our first game of three on tour. After slight navigation issues, we arrived to find team Everest waiting for us. Team Everest were not as initially hoped a big fan of double glazing but in fact a team of very athletic Nepalise students. With an average age in the early 20s, dressed in immaculate blue ODI-style kits we could sense this might be a challenging  afternoon. Team Everest were incredibly welcoming and before the game presented us with a personalised plaque to commemorate the T20 we were about to play.
After losing the toss we found ourselves fielding first, with no recognised wicketkeeper on tour I found myself behind the stumps for the first time in 25 years. Rich opened the bowling and Team Everest’s previously seen kindness was replaced with openers who were going to wack every ball in their arc as far as possible – 8 runs off the first 3 balls and it already felt like it was going to be a long day. A quick note on playing conditions – playing on a very true mat surface, with the outfield incredibly spongy and slow. Anything on the ground was not going to get the boundary, so to score runs you had to go up and over which the locals were very comfortable doing.
To be fair we did not bowl badly, we held two catches and the two that went down were real toughies. Mike’s drop catch also had the very unfortunate side-effect of pulling his hamstring; and ending his bowling involvement for the day. A real shame as his first two overs were outstanding (1 for 9) and we could have really done with his other two overs. Everest finished their twenty overs 139/6, with their opener Aashis retiring after scoring an excellent 67. As Olive & Chunderpaul (previously known as Popeye) went to open the batting – they faced some excellent bowling – quick, movement and bounce – with no freebies. As Olive tried to up the run rate he got an inside edge caught behind. Sham was quickly run-out shortly after. CK first ball with his new bat went for 6, not quite as you would imagine it as it was a 2 with 4 overthrows. Two balls later he was walking back after being bowled. Rich was caught without scoring which meant Bikas, a loanee from Everest joined Chunderpaul in the middle. Chunder worked hard for his runs, keeping out the good balls, whilst running hard in between the couple of boundaries he scored. Bikas batted really well and scored an excellent 15 including a big 6 off one of his normal team mates. The remaining batting isn’t worth remembering or writing about, as Salix finished 63 all out, with extras top scoring. Not the best start to the tour but not an unusual one, Everest were great a team and a really friendly bunch, and just too good for us on the day.

Having broken myself the previous day, tearing my hamstring whilst dropping a catch in an awkward position because I was trying to avoid using my right hand, which I’d injured the night before by sitting on a broken sunbed, my role for the day was as umpire, a particularly unappealing prospect given a hangover and the unrelenting sun out in the middle. Thankfully Olive took pity on me and of everyone else’s hangovers by winning the toss and electing to bat, the logic being that after the previous day’s shellacking we’d likely be dismissed fairly quickly, they’d knock off the runs in short order and we’d all be back to the pool/beach/historical architectural delights of Paphos by lunchtime. I love the smell of Salix optimism in the morning.
Except it didn’t quite work out like that. This is a recently new and improved Salix batting line up and we are not so easily rolled over, no matter how annoying that might be to the square leg umpire who’s realised he hasn’t applied quite enough suntan lotion and bugger, it’s getting a bit hot isn’t it. We were also somewhat helped by the opposition having specifically brought along an extra player to compensate for the passport deficient Arsey, so Suresh joined our line-up; and in addition Richard, the extremely personable tour organiser from Cyprus, volunteered to play in my stead, with the added bonus that he’s a rather useful wicket keeper.
It was a somewhat tentative start for Salix, Helen and CK1 opening the batting, with the latter not quite looking as comfortable as he had during his late season form and eventually holing out to mid off for a fairly miserly 7 after he’d tried to up the run rate. That at least brought Olive to the crease and together with Helen they began to build a platform for a significant total, a few lusty 6s to the mid-on boundary along the way.
Unfortunately, just as both batsmen were looking well set, Helen called for a quick single on the onside, his subconscious not yet quite attuned to the slowness of the pitches’ hardy grass and was run out (practically walked out) by the bowler well short of the crease, garnering himself the “Shart Moment of the tour” award in the process. Sham came and went quickly and Rich looked useful until he didn’t, but that brought our ringer Suresh into the fray and together with Olive they piled on the runs, taking us well clear of 150, before Olive eventually failed to clear the boundary and was well caught in the deep. Suresh hung on a little longer, but the rest of our batting was a little thin and the only moment of note was Monty’s run-out without facing a ball, although he’ll claim he made it to his dying day and the dodgy square leg umpire probably should have applied a little less sun tan lotion around his eyes.
With one day rules around legside wides bolstering our total, we’d posted 182 in a little shy of the stipulated 35 overs, which given the slow outfield felt fairly competitive. Unfortunately, Salix were undone by our old friend, dropped catches, albeit most of them were particularly challenging opportunities in the deep. We took wickets at opportune moments, with Rich in particular causing the batsmen all sorts of trouble, cleaning bowling both one of the openers and the number 3 in an intelligent spell of challenging menace. Our ringer and CK offered some support, but the rest of our bowling lacked its usual rhythm and in the end Cyprus Eagles knocked off the total with relative ease inside 19 overs, the only Salix highlights being Sham’s bullet catch at long off, earning himself  “Champagne moment of the tour” and a fine head height catch from Richard, our other new teammate for a day, close up behind the stumps.
And so we retired to the beach bar a little further down the valley from the cricket pitch to quaff a bottle or two of finest Cypriot beer and debate at some length the nature of catch avoidance in relation to the dropped catch rule, much to the bemusement of Richard who likely thinks we’ve all too much time on our hands. More so than cricket balls caught in them certainly. A big thanks to Cyprus Eagles who were a lovely team and played exceptionally well. 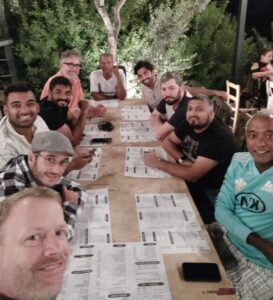 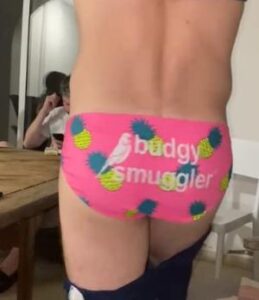